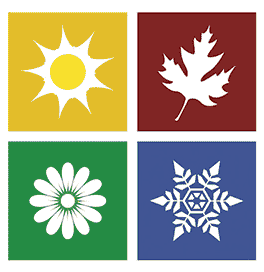 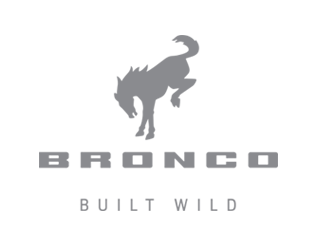 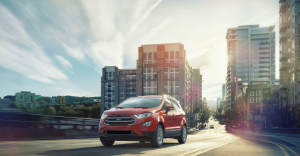 The Ford EcoSport is the smallest SUV offered from Ford, and the 2020 Ford EcoSport’s three new alterations have made its way to this year’s EcoSport. The addition of FordPass connectivity and an 8-inch touchscreen on the SE is the most noteworthy, but the EcoSport SE SES and Titanium also come with new adjustable cargo shelf and a SES Black Appearance Package for a bit more visual flair. Want to check out a 2020 Ford EcoSport for yourself? Contact Four Seasons Ford in Hendersonville, NC and schedule a test drive for this years EcoSport.

Powertrain & Specs on the 2020 Ford EcoSport

A 1.0-liter turbocharged, in-line-3 remains as the base powerpoint for the EcoSport and is only available in front-wheel drive. Power output for the EcoBoost engine is rated at an acceptable 123 horsepower and 125 pound-feet of torque.

All-wheel-drive EcoSports are built with Ford’s 2.0-liter naturally aspirated four-cylinder engine that puts out a peppier 166 hp and 149 lb.-ft. of torque. All 2020 EcoSport engines are bolted to a six-speed automatic transmission.

To see and feel the powertrain and specs on the 2020 Ford EcoSport, contact the team at Four Seasons Ford in Hendersonville, NC and let us find the EcoSport for you and your lifestyle.

Manual seating is found in the EcoSport S, but SE and higher trims get a 10-way, power-operated driver’s seat and a heated front row. Creature comforts like a leather-wrapped, heated steering wheel are found in the SES and Titanium.

Cargo capacity is greatest with the EcoSport’s second row folded, with it’s a sizable 50 cubic feet, but drops to just under 21 cubic feet with all seats upright. The swinging rear hatch makes it simple to access the cargo area without knocking your noggin, but limits access from the driver’s side, or when parallel parked.

The 2020 Ford EcoSport is a compact crossover rich with technology for drivers to enjoy. The EcoSport S is the only model to still carry the bare-bones, 4.2-inch multimedia display, while the SE, SES and Titanium are all equipped with an 8-inch touchscreen with Ford’s Sync 3 system. The S model also comes with a version of Sync with voice recognition, but the multimedia system only offers AM/FM radio and a six-speaker audio system.

In the SE, navigation is an option that adds another speaker to the regular audio system, blind-spot monitoring and a 110-volt AC power outlet. Blind-spot monitoring is standard on the SES and Titanium models. While features like hill-start assist and parking sensors are available, the EcoSport cannot be equipped with adaptive cruise control or automatic emergency braking.

All EcoSports have the ability to connect to a 4G LTE signal and can link up to 10 devices to its Wi-Fi hotspot, which comes with a three-month or 3GB free trial as part of FordPass Connect technology. FordPass Connect also allows for remote starting, another option on all EcoSports for locking and unlocking, vehicle location assistance and vehicle status monitoring.